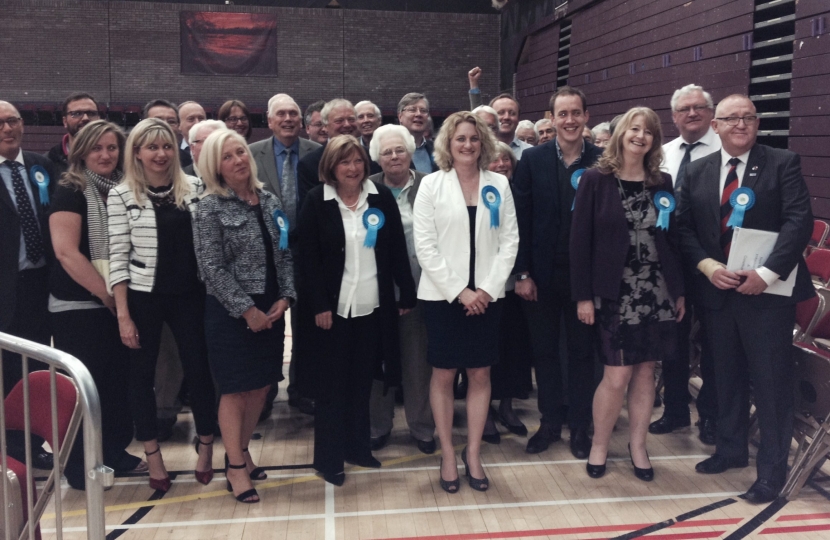 Conservatives have won 11 out of the 12 seats that were up for election, resulting in them taking back control of Brentwood Borough Council.

The successful result, came on the back of a fantastic night nationally for the party, after they swept to power with an outright majority in the General Election.

Locally, the party needed to win just one extra seat to have a majority on the Council but instead, romped to victory, securing 11 seats in total, giiving the Conservatives a majority of 23- 14.

Conservative Group Leader, Louise McKinlay said. “This is a fantastic result for us here in Brentwood. We had some really strong candidates this year who have been out speaking to many residents about what a Conservative-run Council would do for the Borough. Clearly our message was well received and we have the results to prove it. Congratulations to all of our new and re-elected councillors.”

The first job of the new Administration will be to bring back the budget to a meeting of Full Council and set a balanced budget for 2015/16, which will replace the Lib/Lab plans that are otherwise set to bleed the reserves dry. The changes will ensure investment is made in key areas like providing a better street cleaning service, whilst also tackling the decisions that have resulted in an extra £3.5million of debt being taken on by the Council.

Louise added, “There is a lot of work to do. Not only do we have to address the financial situation that we have inherited after just 12 months of a Lib/Lab coalition at the Town Hall but we also have to recruit for a new Chief Executive and carry out some internal changes to make the Council operate better and save money.”

The Conservative Group have hit the ground running and are due to meet tomorrow morning. It is expected that details of the new committee structure and their chairmen will be announced over the weekend, ahead of meetings next week.

The new Administration will officially be formed at the Annual Council meeting on the 20th May 2015.