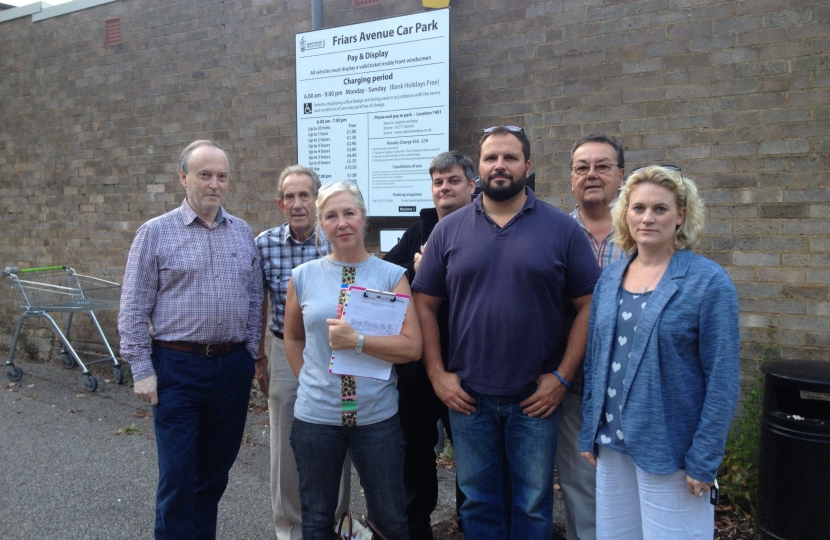 Shenfield Conservative campaigner, Louise Rowlands launched a petition aimed at persuading the new Lab / Lib coalition, now running Brentwood Council, of the need to invest in the extra parking and support for her campaign is growing.

Louise said, “As a resident of Hunter Avenue, I am all too aware of the need to plan for where the extra station users will park, once Crossrail is here.  In addition, both the Hunter Avenue and Friars Avenue car parks would benefit from being “shoppers only” car parks, which will allow local people to park and support the local businesses.”

Over the Summer, confusion set in when the Leader of the Council stated that the Park and Stride option of providing extra spaces, would be going ahead, only for the Chairman of the Asset Panel to announce less than a week later, that any such scheme would be shelved.

Louise added, “Whilst those in charge of the Council are figuring out what their left and right hands are doing, those of us who live here in Shenfield know that parking is already at a premium and additional provision will be needed if we are to avoid increased parking in residential side streets and creating more mayhem and congestion around the station area. It is common sense and by removing the money from the budget, they are selling Shenfield residents short.”

Louise met with Shenfield Lib Dem councillor, Graeme Clark to discuss the matter and is worried that muted plans to build on existing car parks and unrestricted on-street parking will be supported. She said, “Not only would this be a nightmare for residents living nearby but it would encourage even more vehicles in and around the Broadway, which is already congested and chockablock at peak times. What we need is a sensible solution that provides extra parking spaces for station users and which doesn’t increase traffic in the immediate station area.”

Over 150 signatures have already been collected in support of the petition. If you are interested in backing the campaign, please contact us or sign the new online version at: www.petitions24.com/crossrail_shenfield_and_hutton_parking_petition