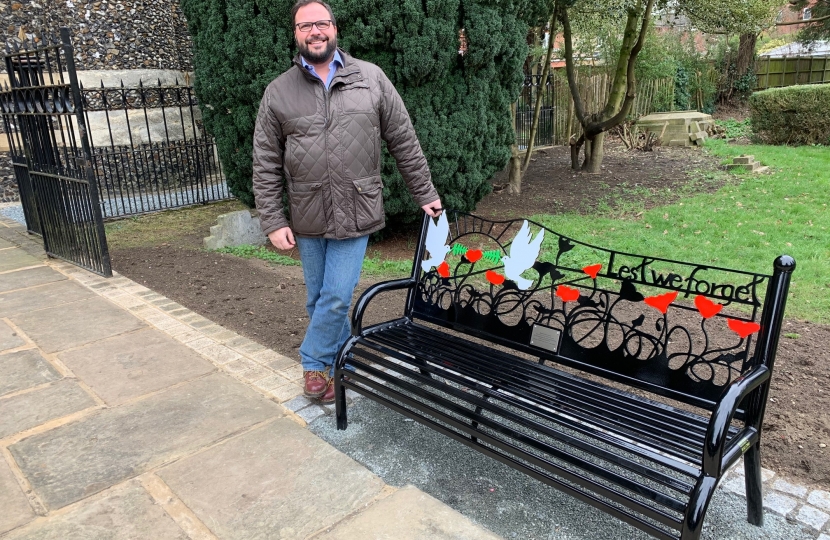 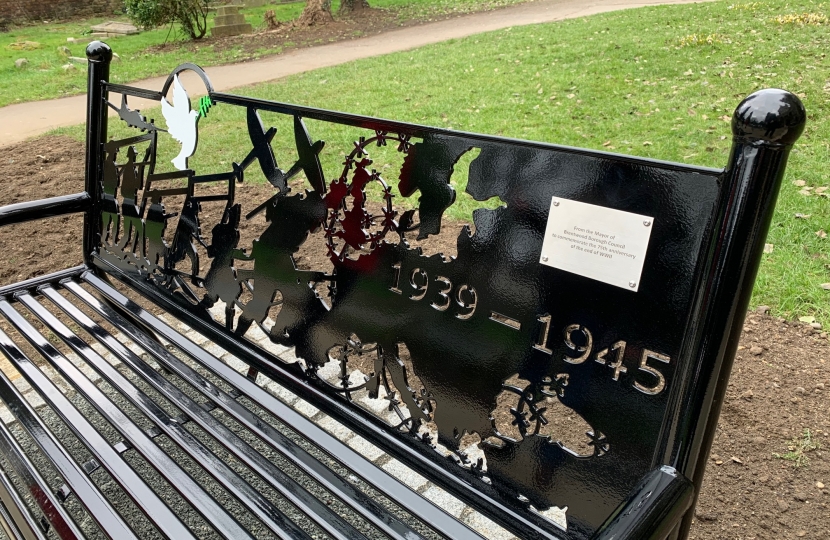 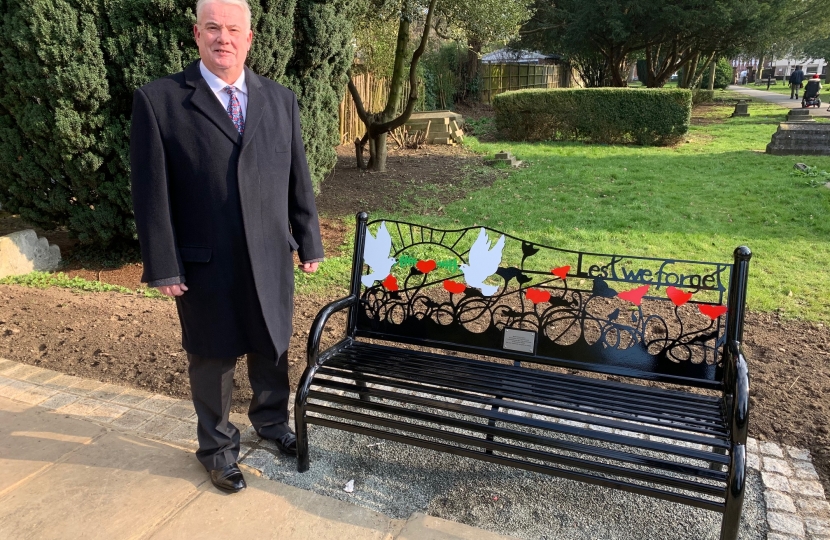 Commemorating the 75th anniversary of the end of WWII

Brentwood has a proud tradition of commemoration. Our usual remembrance events were very much curtailed in 2020 because of the Pandemic. This was a shame particularly as 2020 was the 75th anniversary of the end of WWII.

Our usual Remembrance Sunday parade, which includes cadets, the local TA unit, the fantastic youth band, the Royal British Legion and others, makes for a tremendous spectacle that is attended by thousands who want to pay their respects to our war dead and veterans. Unfortunately, this had to be cancelled.

As an alternative, Cllr Chris Hossack, who is the Armed Forces Covenant Champion at Brentwood Borough Council, wanted to leave something more permanent to commemorate the 75th Anniversary and the fallen in all wars.

Having discussed this with St Thomas Church Brentwood, where a modest ceremony was held. It was agreed that two commemorative benches would be installed at the west entrance to the Church. This was done as part of other upgrades to the old graveyard which is the responsibility of the council.

The grounds outside the church are a valued and tranquil setting in the midst of the town centre, these benches provide a great place to come and relax and reflect. We are pleased that we were able leave something as an act of remembrance in what has been a difficult year for collective remembrance.

Pictured by one of the new benches is local campaigner Andy Wiles who as someone who has served in the British Army is delighted to see this local tribute to the fallen.