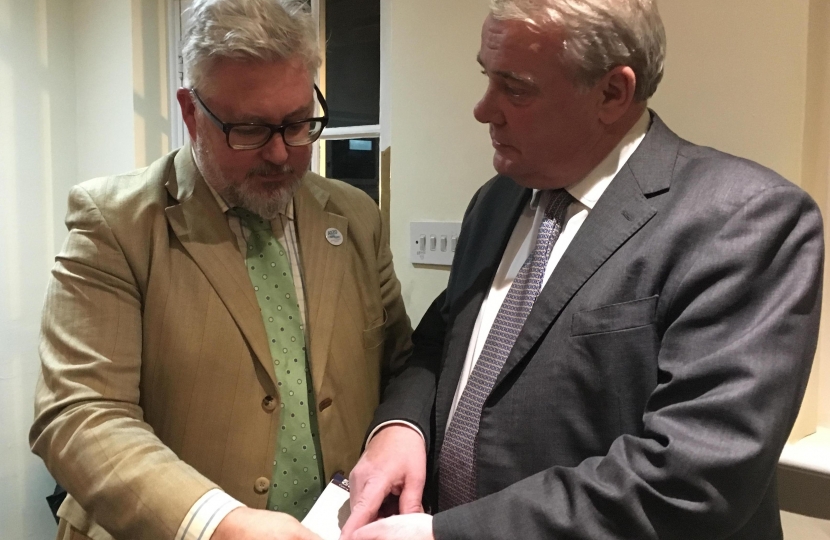 The crossing is a notorious black spot and over the years, much time has gone in to investigating what can be done to make the junction safer.

Better signage has previously been installed, along with demarcation gates and VAS signs, designed to encourage people to slow down.

Andy, said. "All too often, we hear about tragic accidents at this spot. ECC has invested a lot of time and effort in to finding a solution that is deliverable and which will improve safety but the dangers continue. I met with Kevin Bentley who is responsible for infrastructure across Essex, and asked him to continue to look at what else can be done. I'm particularly interested in exploring how better lighting and even traffic lights could make a positive difference."

The junction is set in the middle of a dense woodland area and the road is very windy, which can sometimes cause issues with visibility.  Despite this, high speeds are often witnessed in the approach to the crossing.

Kevin Bentley added, " I had a very constructive meeting with Andy and we discussed a number of potential improvements that could be made at and around the site. I've agreed to look further in to the matter and specifically at the idea of different lighting and the possible installation of traffic lights. The junction is a known local black spot but space is constrained making solutions hard to find."

Cllr Bentley will be taking the suggestions forward to Highways officers at the County Council and will ask them to investigate their viability further.