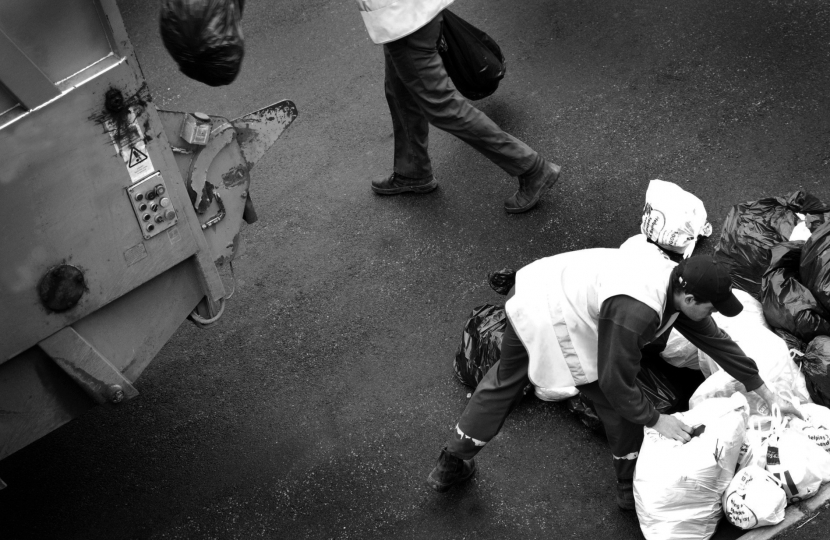 Conservatives on Brentwood Council have pledged that if they win control in the local elections on the 7th May, weekly black collections will remain.

The statement comes after an announcement by the Lab/ Lib led coalition running the Council, that all options were being explored. When pressed by local reporters, the Environment Panel Chairman refused to rule out moving to fortnightly collections and instead attempted to criticise the Conservatives for sticking with the service.

Conservative Group Leader, Louise McKinlay said, “ Collecting rubbish is a basic service provided by the Council and residents rightly expect to see it protected. We have a history of providing good rubbish and recycling arrangements, whilst protecting the weekly black bag collections and this approach should continue.  To see the Lib / Lab coalition now want to threaten it and move to fortnightly is shocking.”

A wider review of waste services is being undertaken, a move which is supported by Conservatives, who are keen to ensure an efficient service but so called “lines in the sand” need to be drawn.

Shadow Environment Chairman, Paul Faragher added, “The review should not be used as a smokescreen to bring in fortnightly collections through the back door, which is what I am concerned about. With taxpayers’ money being wasted through fanciful ideas and to fund an increase in the coalition’s allowances, services which are important to residents are now seemingly under threat.”

The pledge to retain weekly black bag collections is a key policy of the Conservatives in the run up to May’s elections and is in stark contrast to the proposals put forward by the coalition parties. Clearly, only Conservatives will protect the weekly service.