Member of Parliament for Brentwood & Ongar

Conservative MP for Brentwood and Ongar
Alex Burghart is a former school teacher and the son of two teachers. The first person in his family to go to university, he read history at Oxford before taking his doctorate at King’s College London where he taught and lectured.

He has worked at the highest levels of government having been a policy adviser at the Department for Education, where he worked on the Munro Review of Child Protection and, most recently, a Special Adviser to the Prime Minister, Theresa May, on social justice.

For four years Alex was Director of Policy at the Centre for Social Justice, the organisation set up by Iain Duncan Smith to tackle the root causes of poverty, where he led research on housing, welfare, education, and family policy. Before working  at 10 Downing Street,  he was deputy to the Children’s Commissioner.

He has sat on the Board of Yarlington Housing Group, is a governor at Queensmill School for children with autism, and has written for the Spectator, the Times Literary Supplement, and the Evening Standard. 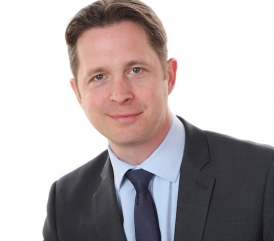